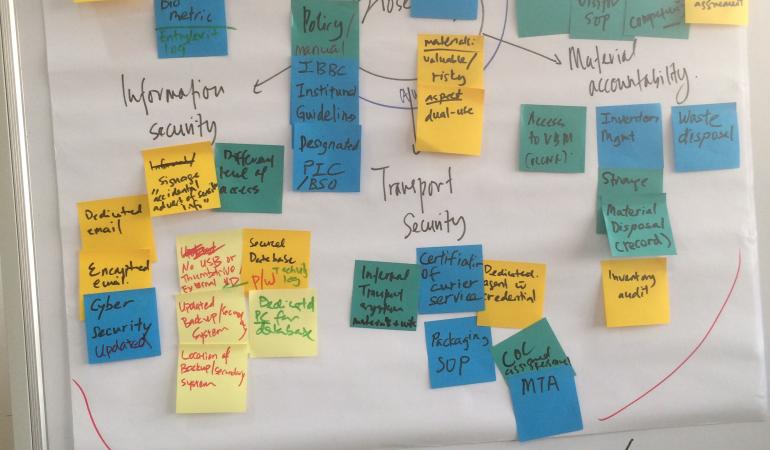 The described checklist “Development of a Biosecurity Checklist for Laboratory Assessment and Monitoring” is published in the scientific journal Applied Biosafety. The various tools of the Biosecurity Office form the basis of this checklist. If desired, the checklist as published can be adapted to the situation per country.

The development of the checklist is the result of a collaboration between the Netherlands (Biosecurity Office, RIVM National Institute for Public Health and the Environment) and Malaysia. In April and July 2018, two three-day biosecurity workshops were organized by the Biosecurity Office in Kuala Lumpur (Science and Technology Research Institute for Defense (STRIDE), Ministry of Defense Malaysia).

These workshops are the result of a meeting in March 2017 at the ISU BWC / UNODA (United Nations) in Geneva for the implementation of the EU European Union council decision 2016/51 for the support of the Biological Arms Treaty (BTWC) assistance program. This specifically concerns project 3 “Capacity development for BTWC implementation” of this EU council decision. It is a joint effort of ISU BWC / UNODA and the EU. The Ministry of Foreign Affairs has nominated the Biosecurity Office on behalf of the Netherlands as an expert. In total, 10 countries have registered for the assistance program, including Malaysia. Malaysia asked to receive training in biosecurity laboratory inspection and audits. The Biosecurity Office has been asked by ISU BWC / UNODA to assist Malaysia with this.