There are several international treaties that regulate the worldwide proliferation of sensitive goods. These sensitive goods include high-risk biological agents.

The Netherlands has ratified several international treaties and follows a number of export control regimes. These treaties and regimes are aimed at regulating the worldwide proliferation of sensitive goods, such as military goods and dual-use items. See also the website of the Dutch Government about legislation, treaties and international agreements on the export of strategic goods.

In relation to biosecurity, there are a number of international lists and overviews of biological agents, such as the ‘EU export control list’ and the ‘Australia Group List’. These lists specify the biological agents and technologies that require a licence for export outside the EU.

In addition, several international partnerships and programs are active, such as the Global Health Security Agenda (GHSA), Global Partnership Against the Spread of Weapons and Materials of Mass Destruction and the Global Biosecurity Dialogue. These programs aim to promote biosafety including biosecury worldwide.

The Biological and Toxin Weapons Convention (BTWC) prohibits the development, production and stockpiling of bacteriological (biological) and toxin weapons. The convention also regulates the destruction of these weapons.

The BTWC was signed in 1972 by Great Britain, the United States and the Soviet Union and entered into force in 1975. The convention, which has been recognised and accepted by 173 countries, prohibits the possession and development of biological and toxin weapons. The BTWC was the first multilateral disarmament treaty banning the production and use of an entire category of weapons. The treaty is still one of the cornerstones of the multilateral framework of non-proliferation and disarmament.

The Netherlands signed the BTWC convention on April 10, 1972. The convention was implemented in Dutch legislation on March 25, 1981 in the Biological Weapons Convention Implementation Act. In this Act, the BTWC has been implemented, whereby everyone (in the Netherlands) is prohibited from developing, producing, stockingpiling, or in any other way acquiring or retaining biological agents. The Netherlands is a Permanent Representative to the Conference on Disarmament in Geneva  by the Dutch Ambassador for Disarmament.

UNSCR 1540 is the resolution adopted by the United Nations Security Council. This resolution describes the provisions for preventing the proliferation of nuclear, chemical and biological weapons.

An example of one of the provisions of UNSCR 1540 is that all states must refrain from providing any form of support to non-State actors that attempt to develop, acquire, manufacture, possess, transport or transfer nuclear, chemical or biological weapons. A non-State actor is an individual or entity who does not act under the lawful authority of any State in conducting activities related to nuclear, chemical and biological weapons.

The entire UNSCR 1540 can be found on the website of the United Nations or can be downloaded here as a pdf.

To support UNSCR 1540 compliance, many international projects and programs are available which can be found in the 'Stimson's 1540 Assistance Support Initiative' database.

The Netherlands has ratified this UN resolution, whereby we commit ourselves to the decisions in the resolution. The decisions state, inter alia, that States take effective measures and controls to prevent the proliferation of nuclear, chemical or biological weapons. In 2005, the UN established a 1540 matrix, which acts as the primary method used by the 1540 Committee to organize information about implementation of UN Security Council resolution 1540 by Member States. The 1540 matrix for the Netherlands can be downloaded from the UN website.

The EU dual-use Regulation is intended to prevent exported dual-use goods from being used in weapons, or in machines used for making weapons. The export control is aimed at products used for the development and production of weapons of mass destruction, such as nuclear, chemical and biological weapons.

This European Regulation 2021/821 is directly applicable in the Netherlands. The regulation contains a complete overview of dual-use goods for which Dutch companies, institutions and citizens require a license for export.

In October 2017 the European Commmission launched an Action Plan to enhance preparedness against chemical, biological, radiological and nuclear security risks. This  Action  Plan  aims  to  increase  the  European  cooperation  to  strengthen  CBRN  security with  a  focus  on  preventing,  preparing  for,  and  responding  to  CBRN  threat  and terrorism attacks.

This 2017 Action Plan builds upon the work launched in the EU with the 2010-2015 CBRN Action Plan. It addresses the gaps identified in its implementation and takes into account emerging threats. At EU level, the 2010-2015 Action Plan has led to a better understanding of the threat, more information sharing (development of a CBRN-E Glossary and inclusion of CBRN incidents in the European Bomb Data System), and achievements such as the development of an EU training  infrastructure.

The EU CBRN Action Plan was adopted in December 2009 by the EU Council and aimed to strengthen CBRN security throughout the EU. Based on an all-hazard approach, the Action Plan's overall goal was to reduce the threat of and damage from CBRN incidents of accidental, natural and intentional origin, including terrorist acts.

The Netherlands is activily involved in both CBRN Action Plans. Within the 2010-1015 CBRN Action Plan, the Netherlands participated in Action B2 (improving biosecurity) with several other EU Member States. The produced document on the implementation of Action B2 (March 2014) is a guide which was prepared in order to assist Member States to implement the B2 action and bring them into compliance with UN Security Council Resolution 1540 (UNSCR 1540) and the Biological and Toxin Weapons Convention (BTWC). Member States involved in this action continued their work as a European Biosecurity Regulators Forum (EBRF). 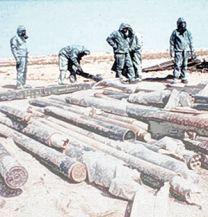 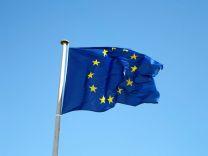